Code autocomplete greatly simplifies writing scripts or developing add-ons for Blender. One of the best autocomplete modules for today is developed by Nutti. Last updated 20190718. 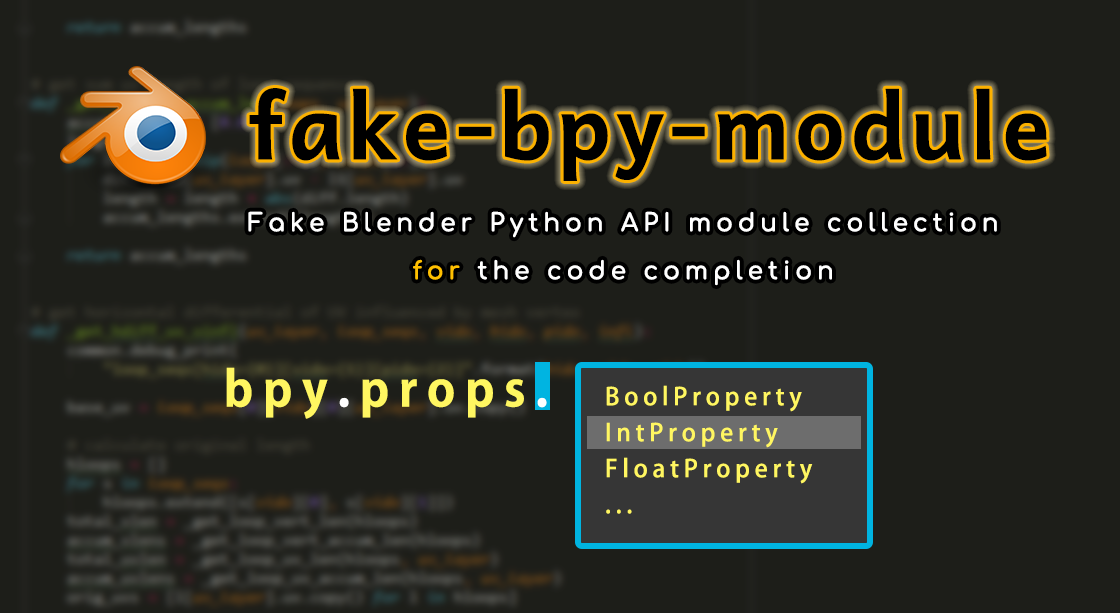 The project is hosted on the author’s GitHub: https://github.com/nutti/fake-bpy-module

The modules are distributed via pip or as a pre-generated-modules. Author also provides a module generator with which you can assemble autocomplete modules yourself.

In addition to common panels (N/T/Properties) and their sub-panels, to display the user interface elements while developing Blender add-ons you can also use pop-up panels appearing on the screen when a user presses a certain key combination or perform any action. The simplest example of such panels is the panel that appears when the f6 key is pressed immediately after adding an object (shift+a) to the scene. 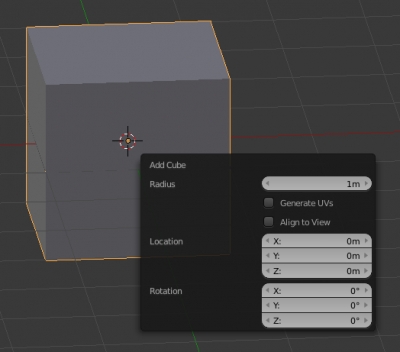 Blender API provides developers the ability to create such panels for their add-ons. Let’s consider the creating of a pop-up panel as an example of the “Message box” window.

Creating thin long objects like pipes and wires is the often task in the interior, scientific of fantastic scenes. One of the easiest and most convenient ways to create such objects is using curves.

The main curves advantage is the easiest control and editing: any time you can change the shape of the curve, move its points, add new and delete unnecessary ones. You do not have to work with a lot of mesh points, but only with several points of the curve, which is much more convenient. Preprocessing for rendering scene with curves is also performed faster than with meshes.

One of the amazing Blender features is that the graphical user interface GUI is not absolutely necessary for its work. You can install Blender on an operating system without a graphical shell and successfully render your scenes. Such types of a Blender installations are usually required to organize various render farms. 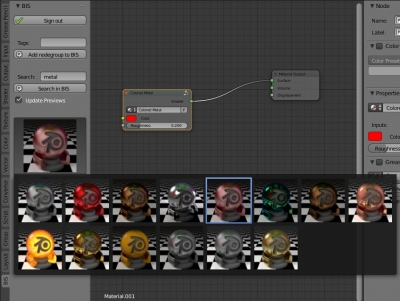 The addon is almost in the prerelease state.

To make a release, it was left to clean up a bit the server (site) side – increase the size of the previews, add tags and node names editing, make a separate list for saved texts. And also test the add-on with complex materials.

How to access the active (selected) objects through the Blender Python API from scripts/add-ons:

Blender Interplanety Storage (BIS) add-on is still under development, but I decided to open early access to it.

This add-on is the first, which I planned to do at least somehow commercially justified. Is it really possible to write a commercial add-on for Blender? In any case, it is necessary to have at least some support for the add-on, because it is not local and without any justification, it makes no sense to keep the web server for it. The first idea of commercialization was about the monthly subscription. I was going to do it after finally finish the addon development (full support of all kinds of nodes and solvation of the most of emerging issues). Only after the completion of all this work I was going to open the add-on for users.

The reason of the early access was the discussion in Blender’s VK group. It was suggested that add-on with a commercial basis is not needed with the presence of Blender Cloud or VX Matlib add-on. Users will not pay for anything that can be obtained another way for free.

So the first, and most important, question – are users need such add-on? In the subscripted version or only for free? Or maybe most of the existing solutions are enough?

BIS development. Is it necessary?Read More »

Writing scripts in Blender we often need to know the full list of object properties to access them through the Blender API. Consider how we can get a list of available object methods and properties. 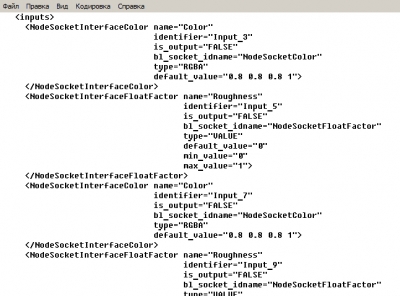 How to get Blender objects structureRead More »