Creating thin long objects like pipes and wires is the often task in the interior, scientific of fantastic scenes. One of the easiest and most convenient ways to create such objects is using curves.

The main curves advantage is the easiest control and editing: any time you can change the shape of the curve, move its points, add new and delete unnecessary ones. You do not have to work with a lot of mesh points, but only with several points of the curve, which is much more convenient. Preprocessing for rendering scene with curves is also performed faster than with meshes. 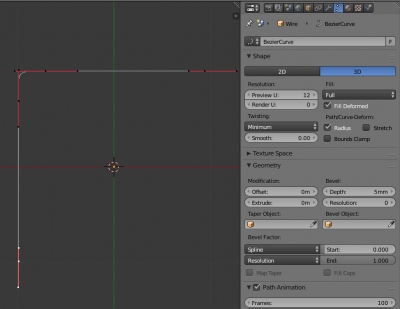 After assigning a suitable material to the curve, we obtain the finished wire: 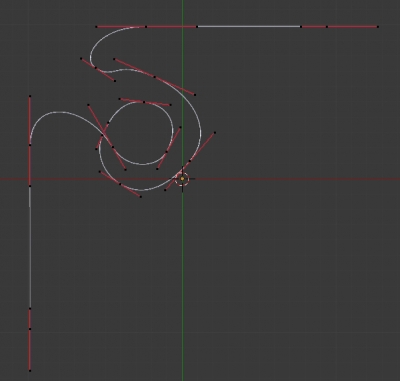 After these simple manipulations the wire began to look much more interesting:

Pipes are the same wires, just with a large diameter. All the advantages of modeling with curves are preserved. 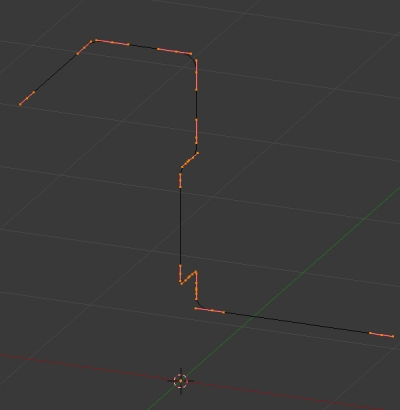 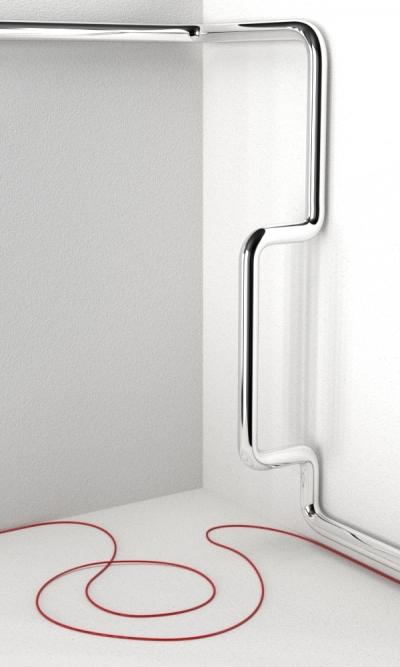 Pipes and wires have a circular profile, which can be easily set by adjusting the Bevel – Depth parameter. However, some times it is necessary to model long objects having an arbitrary profile. For example – a plinth, a wire box, rails, beams and many other. Is it possible to use the flexibility of modeling such objects with curves? 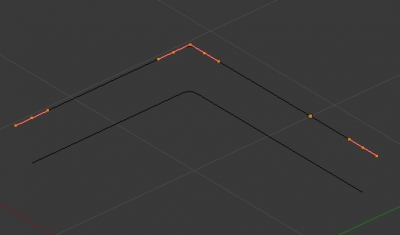 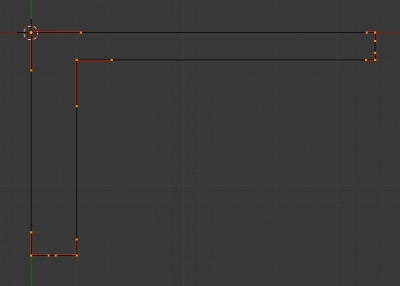 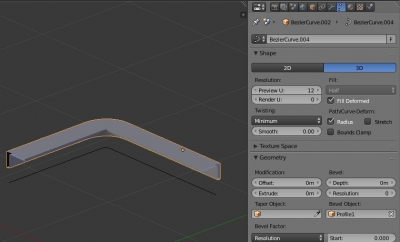 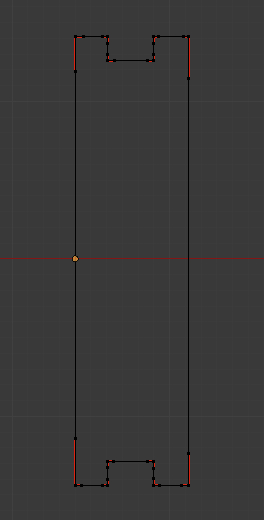 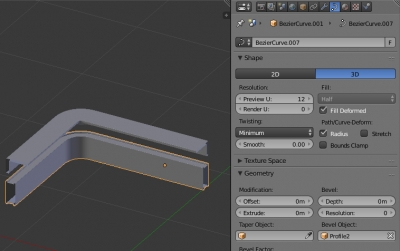 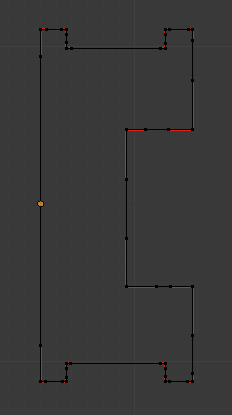 All changes are immediately transferred to the final “box”: 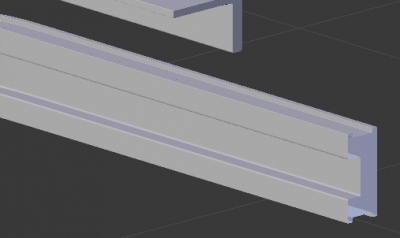 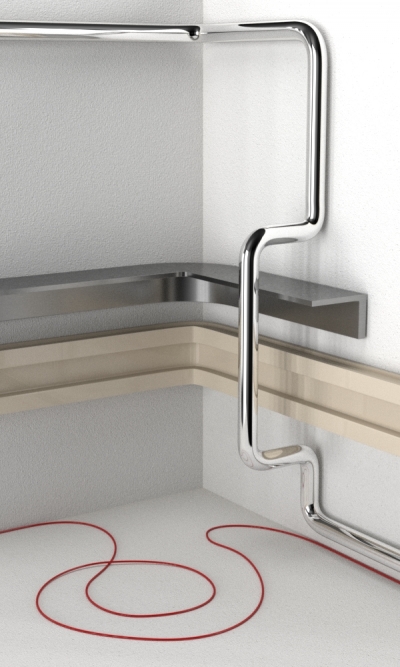 All the objects we created above have the same thickness along the entire length. But what should we do to model a pipe with a variable diameter? It’s also possible with curves. 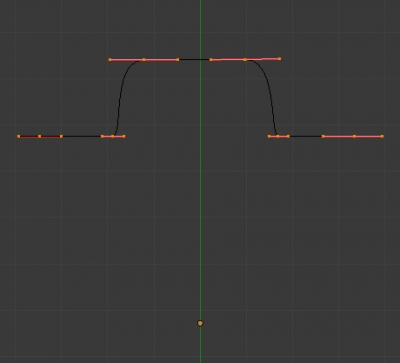 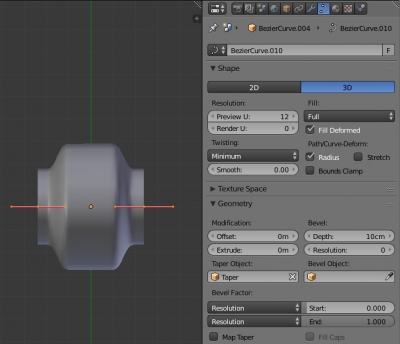 Now we got a pipe section with a variable diameter. It remains to reproduce it along the path. 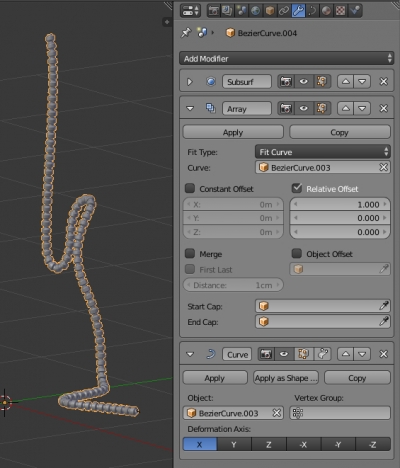 Assign the material to the pipe. 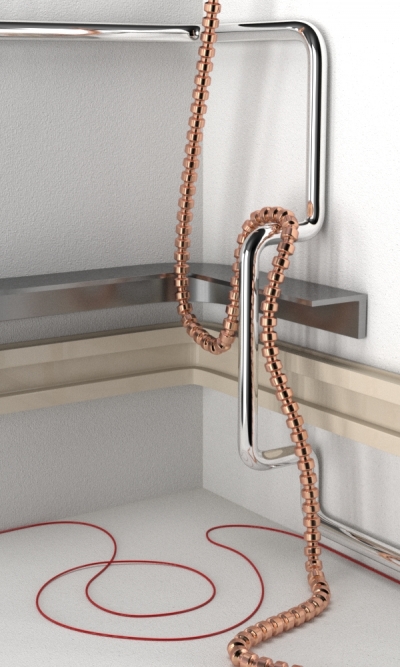 Filling path or a constant number of ribs?

There are two cases in constructing pipes with a variable diameter:

Let’s see, how it works while extruding one end point of the path curve: 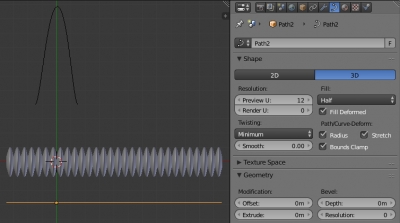 Now, if we move or extrude the path curve points new segments are not added and the existing ones deform according to the curve length change:

It remains to arrange the path curve in the right way and assign the material to the pipe. 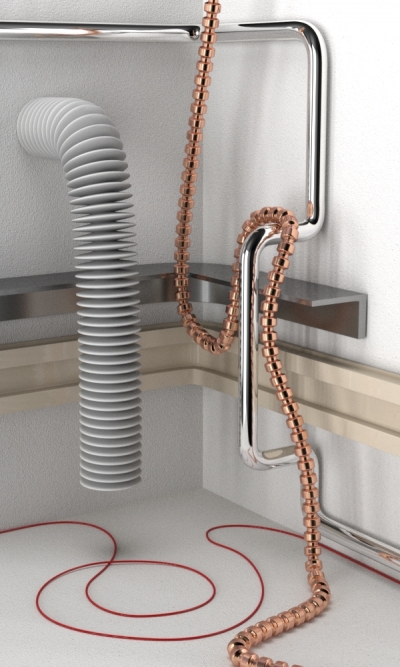