With Blender Geometry Nodes, we can quickly turn an ordinary font into an interesting font with the spectacular border. The main assistant in creating such a font will be the Extrude node. 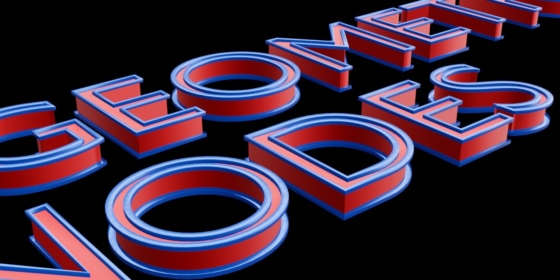 Add any mesh to the scene, for example, a cube (shift + a – Mesh – Cube). Add a Geometry Nodes modifier to it and press the “New” button to create an empty node tree. We don’t need the cube geometry, so let’s remove the Group Input node from the node tree.

Add a String to Curves node (shift + a – Text – String to Curves) to add a text to the scene and type some text in its “String” field. Connect this node to the Group Output node. 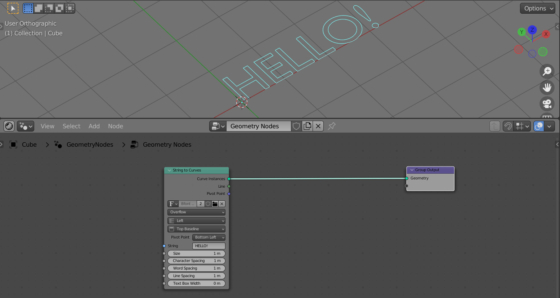 To fill the letter’s outline, add a Fill Curve node to the node tree (shift + a – Curve – Fill Curve). 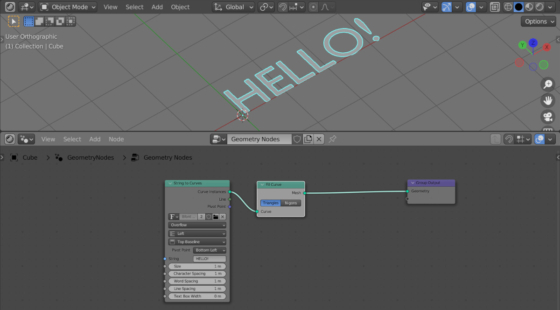 Now, with the Extrude node, we can add volume to the text.

Add an Extrude Mesh node to the tree (shift + a – Mesh – Extrude Mesh). Adjust the value in the “Offset” field and uncheck the “Individual” checkbox. 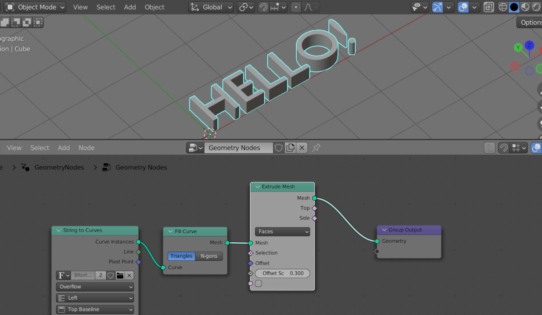 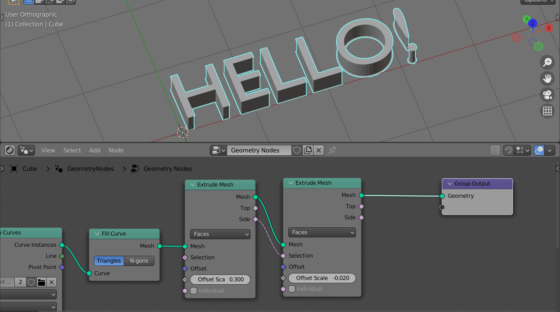 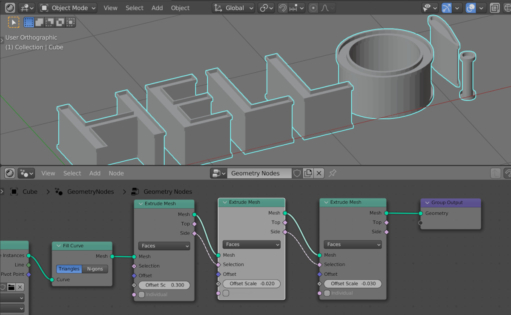 We got a spectacular border along the edges of each letter.

To enhance the effect, let’s assign a separate material to the border.

Create two different materials in the Shader Editor  and set each of them to each Set Material node. 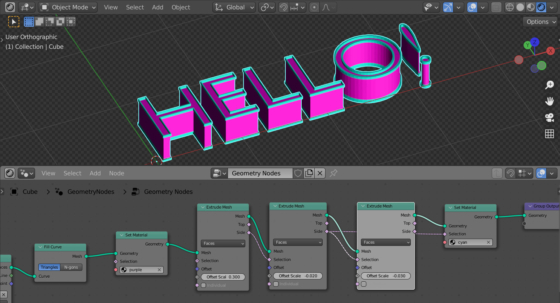 This way of creating a border on a font has a bit of drawbacks – self-intersection artifacts can appear at sharp corners at high extrusion values. However, in most cases, this method is quite suitable.