To get the direction vector of a 3D viewport, for example, to determine the location of the viewport relative to some object in the scene, we can use the region_2d_to_vector_3d function from the view3d_utils module. 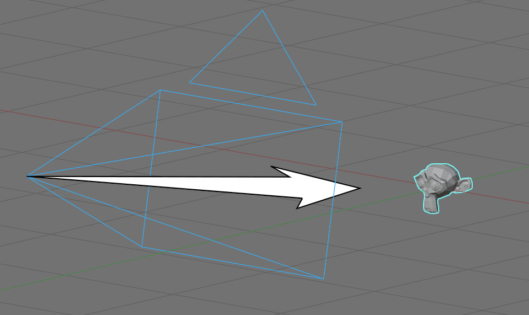 To get the view direction vector from the viewport using the region_2d_to_vector_3d function, first, we need to determine the pointer to the area of ​​the 3D viewport.

Loop through the open areas until we find the 3D viewport area:

Next, we need to get a pointer to the region of the viewport area. To find it, loop through the regions in the same way:

Having received a pointer to the area region, we can call the region_2d_to_vector_3d function for it, which will return the desired view direction vector to us:

In the function parameters we pass:

As a result, we get a normalized vector directed from the central point of the 3D viewport along its view direction.

For example, for a frontal view – when we look at an object from the front, the resulting view vector will be directed along the Y axis and have a length equal to 1: