A single procedural element from the BIS library can be easily transformed into a repeating pattern.

Let’s get a single circular elemetn from the library and place it in the center of the plane. 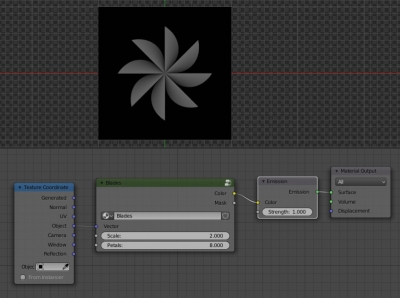 We use an “Object” coordinate system, so the element is placed in the center of the plane from -1 to 1 range by the X and Y axes.

To reproduce an element into a pattern, we will use the open “Tiling simple” node group from the BIS library, placing it between the element node group and the “Texture Coordinate” node. 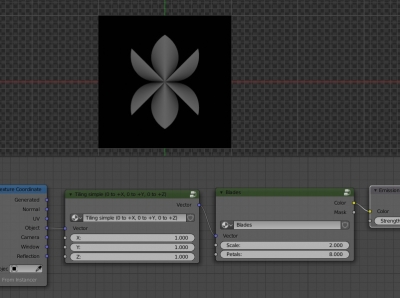 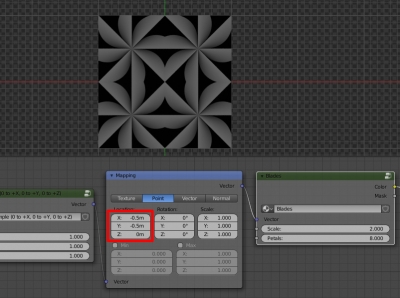 We can slightly reduce the scale of the element for a better look. 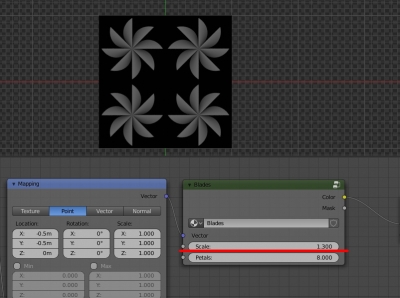 Insert one more “Mapping” node between the “Texture Coordinate” node and the “Tiling Simple” node group and modify its “Scale” parameters to change the overall scale of the entire pattern. 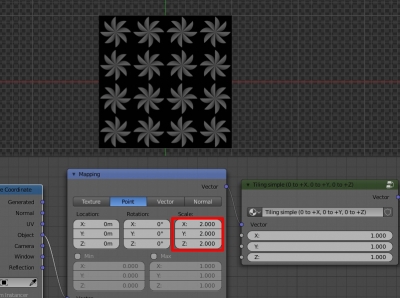 The distance between the pattern elements is adjusted by changing the position of the element’s center point in the first “Mapping” node with changing the repetition range in the “Tiling Simple” node group. 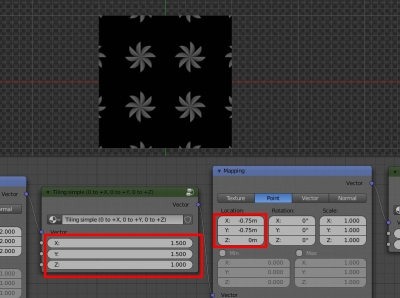 The final node tree for the pattern: